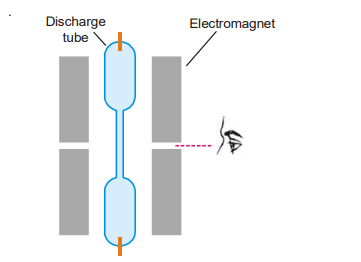 When a source producing lines is put in a high magnetic field, spectral lines are broken up into components, as found by a scientist named Zeeman in 1896. The effect is known as the Zeeman effect after its discoverer. The Zeeman effect was observed using the apparatus depicted in the diagram below. It comprises electromagnets … Read more

Electron arrangements in orbits: Having known that planetary electrons numerically equal to the atomic number are revolving about the atomic nucleus in closed orbits, the question arises as to how they are arranged in these orbits. Langmuir Scheme Langmuir deserves credit for proposing the first detailed system for the organization of extranuclear electrons in 1919. … Read more 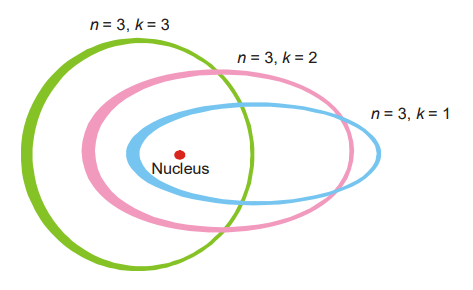 Sommerfeld atomic model: When spectrometers were used to study spectra, each line was discovered to be made up of many closely packed lines. On the basis of Bohr’s hypothesis, the occurrence of these numerous spectral lines could not be explained. Sommerfeld made the following changes to Bohr’s theory. Although Bohr regarded electron orbits to be … Read more

Bohr’s Explanation of Hydrogen Spectrum: At room temperature, the single electron in a hydrogen atom sits in the first orbit (n = 1) and is at the lowest energy state (ground state). When energy is given to hydrogen gas in the discharge tube, the electron travels to higher energy levels, such as 2, 3, 4, … Read more

The nuclear model of Rutherford essentially claimed that an atom had a nucleus and that the negative electrons were present outside the nucleus. It made no mention of how or where the electrons were organized. It also couldn’t explain why, despite electrostatic pull, electrons didn’t fall into the nucleus. Niels Bohr presented a new model … Read more

A.H. Compton presented another evidence of the quantum theory, or photon theory, in 1923. In 1927, he was awarded the Nobel Prize for his discovery of the Compton Effect. When X-rays of wavelength’ contacted a piece of graphite, one electron was expelled, and the X-rays scattered at an angle had a longer wavelength, he proved. … Read more

Quantum theory of radiation: The wave hypothesis of radiant energy transmission seemed to indicate that energy was released (or absorbed) in waves. Max Planck investigated the spectral lines produced from hot-body radiations at various temperatures in 1900. According to him, light radiation was created intermittently by the heated body’s molecules, each of which vibrated at … Read more