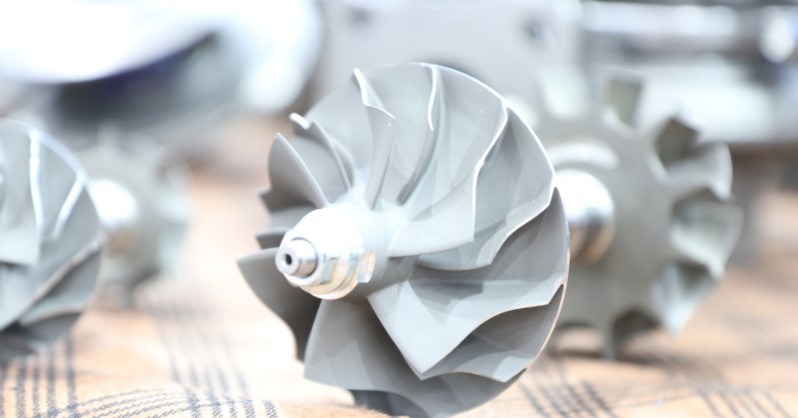 Paddles are used as impellers in mixing liquids. It consists of flat blades attached to a vertical shaft and rotates at a speed slower than 100 r.p.m. A variety of paddle mixers having different shapes and sizes, depending on the nature and viscosity of the product, are available for use in industries. A paddle is one of the most primary types of agitators with blades that reach up to the tank walls.

Paddle agitators work with producing a uniform laminar flow of liquids. Paddles push the liquid radially and tangentially with almost no axial action unless blades are pitched. The large surface area of blades in relation to the container helps them to rotate in the proximity of walls of the container and effectively mix the viscous liquids or semi-solids.

A paddle consists of a central hub with long flat blades attached to it vertically. Two blades or four blades are very common, Figure in the shown below. Sometimes blades are pitched and maybe dish or hemispherical in shape and have a large surface area in relation to the tank in which they are used. A paddle rotates at a low speed of 100 r.p.m. In deep tanks, several paddles are attached one above the other on the same shaft. At very low speeds it gives mild agitation in the unbaffled tanks but as for high speeds, baffles are necessary.

The material to be mixed is charged from the top of the trough. If required, liquid spraying arrangement can be provided. The normal filling level is slightly above the shafts. Thus, there is surplus space in the mixer trough to provide air around the particles so that they can move freely. The random movement in the trough gives 98 – 99% mixing homogeneity. The peripheral speed of paddles is about 100 r.p.m

(i) As paddle-impellers mix liquids with low speed the possibility of vortex formation is least.
(ii) These are heavy-duty mixers suitable for slow operation.
(iii) They can mix systems effectively with 2 or 4 blades.

(i) Mixing of the suspensions is poor, thus, baffled tanks are required.
(ii) As they are heavy-duty mixers power consumption is very high.
(iii) They are not efficient for mixing a variety of materials with different consistencies.

(i) Paddles are used in the manufacture of antacid suspensions and antidiarrheal mixtures such as bismuth-kaolin mixture.
(ii) They are used in the mixing of solids, slurries, crystals forming phases during super saturated cooling.