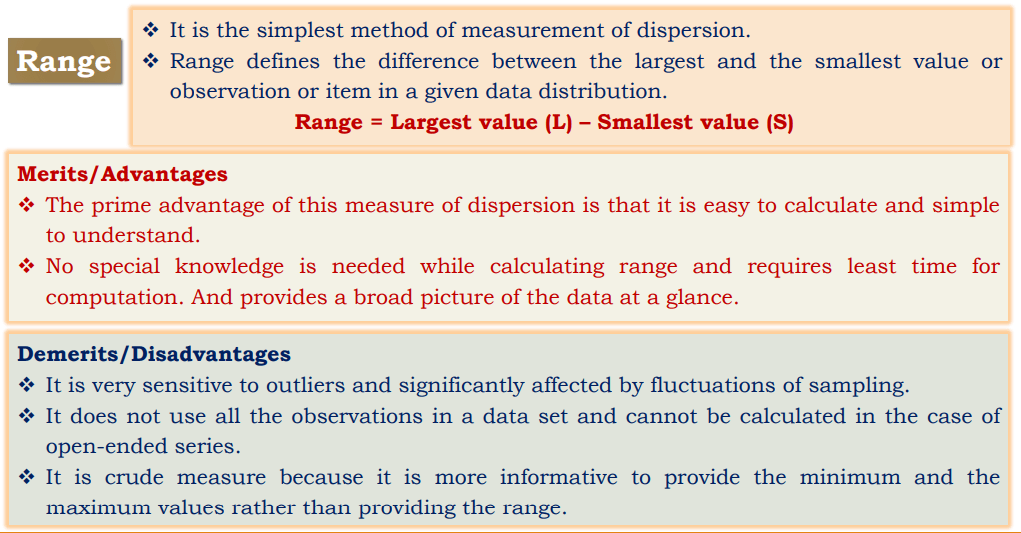 What is the range?

Range in statistics: It is the simplest method of measurement of dispersion. Range defines the difference between the largest and the smallest value or observation or item in a given data distribution.
Range = Largest value (L) – Smallest value (S)

The interquartile range can be used as a measure of variability if the extreme values are not being recorded exactly. It is not affected by extreme values.

The interquartile range used as a measure of dispersion is that it is not amenable to mathematical manipulation.