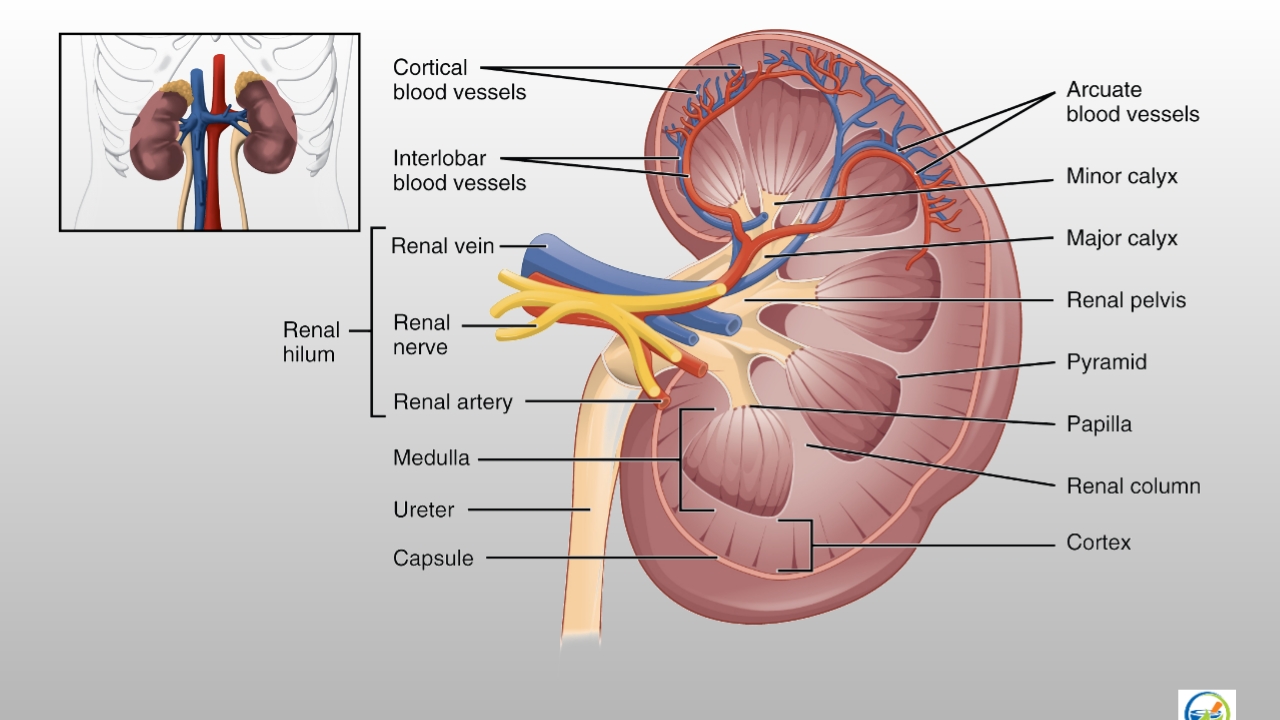 Anatomy of kidney: The kidneys lie on the posterior abdominal wall, one on each side of the vertebral column, behind the peritoneum and below the diaphragm. The right kidney is usually lower than the left because of the considerable space occupied by the liver.

The main functions of kidney are as follows: