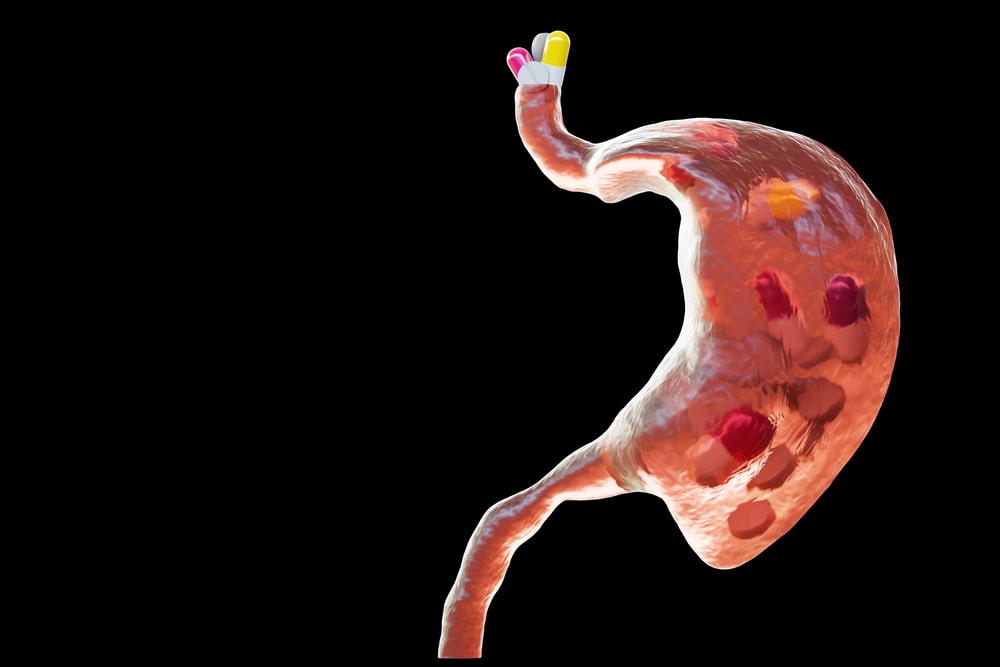 The transfer of medication from its delivery site into circulation is known as absorption. The rate of absorption is just as significant as the proportion of the supplied dosage that is absorbed. The medication must penetrate biological membranes unless it is administered intravenously; absorption is regulated by the principles outlined above. Drug absorption is a pharmacokinetic parameter that refers to the way a drug is absorbed from a pharmaceutical formulation into the bloodstream. Several factors can affect the absorption of a drug into the body.

Drugs given in solid form must dissolve in the aqueous biophase before they are absorbed. Ketoconazole dissolves at low pH: gastric acid is needed for its absorption. For poorly water-soluble drugs (aspirin, griseofulvin) rate of dissolution governs the rate of absorption.

Passive diffusion depends on concentration gradient; drug given as concentrated solution is absorbed faster than from dilute solution.

The larger is the surface area, the faster is the absorption.

Vascularity of the absorbing surface

Blood circulation removes the drug from the site of absorption and maintains the concentration gradient across the absorbing surface. Increased blood flow hastens drug absorption just as wind hastens the drying of clothes.

This affects drug absorption because each route has its own peculiarities.

The effective barrier to orally administered drugs is the epithelial lining of the gastrointestinal tract, which is lipoidal. Nonionized lipid-soluble drugs, e.g. ethanol, are readily absorbed from the stomach as well as the intestine at rates proportional to their lipid: water partition coefficient. Acidic drugs such as salicylates, barbiturates, and barbiturates are predominantly unionized in the acid gastric juice and are absorbed from the stomach. Basic drugs, morphine, quinine, etc. are largely ionized and are absorbed only on reaching the duodenum.

Certain drugs are degraded in the gastrointestinal tract, e.g. penicillin G by acid, insulin by peptidases, and are ineffective orally. Enteric-coated tablets (having acid-resistant coating) and sustained-release preparations (drug particles coated with slowly dissolving material) can be used to overcome acid lability, gastric irritancy, and brief duration of action.

The oral absorption of certain drugs is low because a fraction of the absorbed drug is extruded back into the intestinal lumen by the efflux transporter P-gp located in the gut epithelium. The low oral bioavailability of digoxin and cyclosporine is partly accounted for by this mechanism. Inhibitors like quinidine, verapamil, erythromycin, etc. enhance, while P-Gp inducers like rifampin and phenobarbitone reduce the oral bioavailability of these drugs.

Many drugs not absorbed orally are absorbed parenterally. By these routes, the drug is deposited directly in the vicinity of the capillaries. Absorption from s.c. site is slower than that from the i.m. site, but both are generally faster and more consistent/ predictable than oral absorption. Application of heat and muscular exercise accelerate drug absorption by increasing blood flow, while vasoconstrictors, e.g. adrenaline injected with the drug (local anesthetic) retard absorption. Many depot preparations, e.g. benzathine penicillin, protamine zinc insulin, depot progestins, etc. can be given by these routes.

The cornea allows lipid-soluble, unionized physostigmine to pass through, but not highly ionized neostigmine. Drugs administered as eye drops may be absorbed through the nasolacrimal duct, for example, timolol eye drops can cause bradycardia and asthma flare-ups. Lipophilic medicines are absorbed through the mucous membranes of the mouth, rectum, and vagina; oestrogen cream administered vaginally has caused gynecomastia in the male partner.