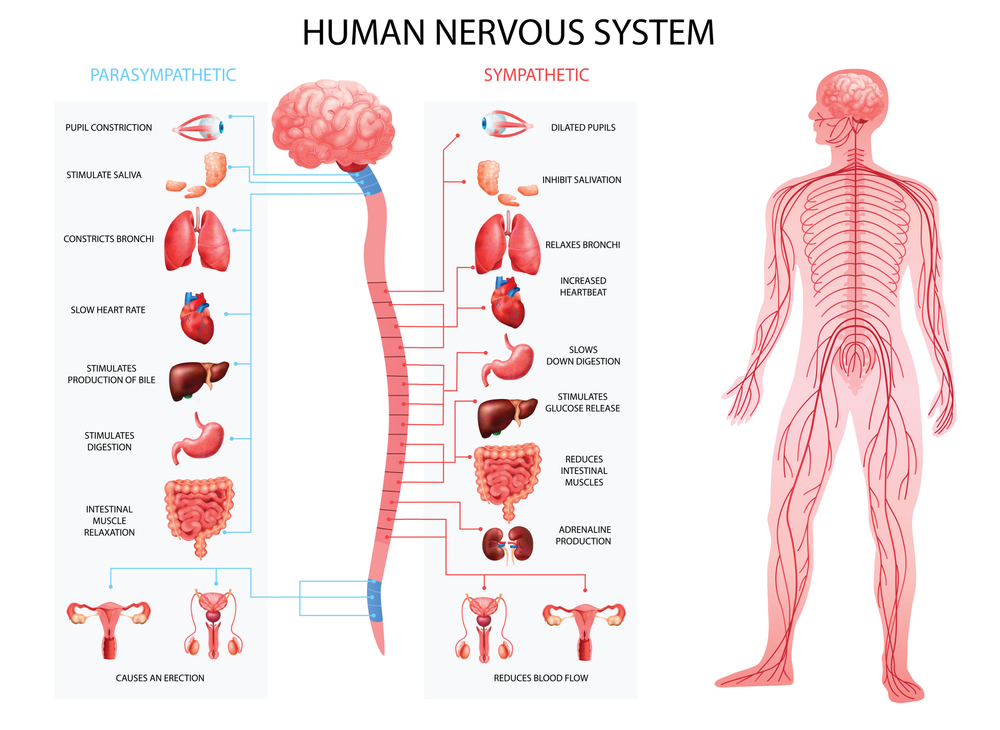 What is the nervous system?

The nervous system is a complex part of the body that coordinates an animal’s activities and sensory information by sending and receiving signals to and from various parts of the body.

Your nervous system guides almost everything you do, think, say, or feel. It controls complicated processes like movement, thought, and memory.

Nerves that transmit signals from the brain are called motor nerves

Spinal nerves are mixed nerves that serve both functions.

The somatic system is responsible for transmitting sensory information as well as for voluntary movement.

Parasympathetic system: This helps maintain normal body functions and conserve physical resources. Once a threat has passed, this system will slow the heart rate, slow breathing, reduce blood flow to muscles, and constrict the pupils. This allows us to return our bodies to a normal resting state.

Neurons (also known as neurons or nerve cells) are the basic components of the brain and nervous system. They are the cells that receive sensory input from the outside world, give motor commands to our muscles, and transform and relay electrical signals at every step along the way.

Fortunately, the majority of the work is done by the seven “small molecule” neurotransmitters acetylcholine,