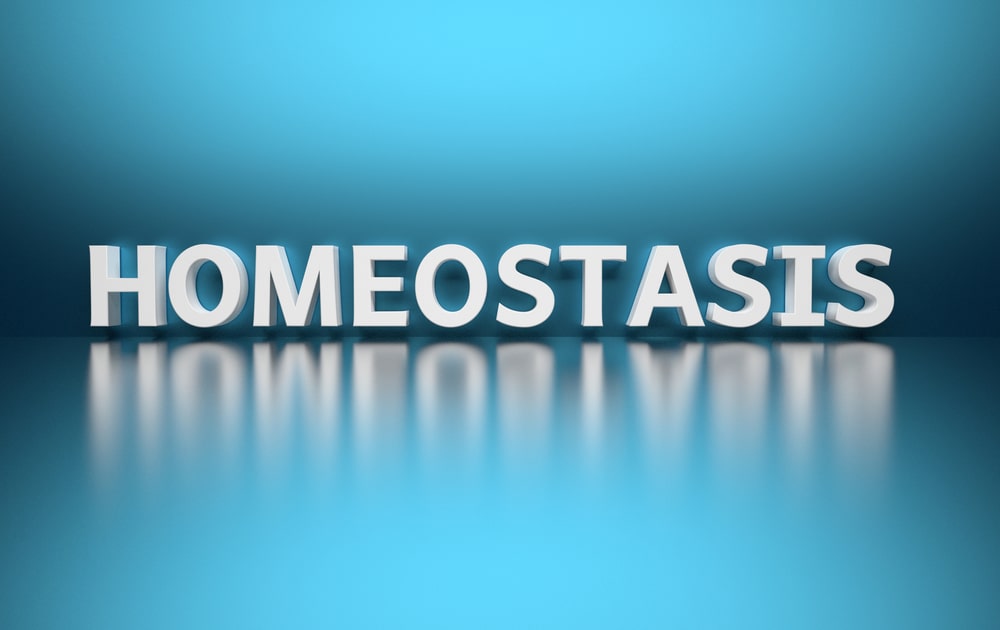 The concept of internal harmony was proposed by Claude Bernard in the 19th century, Walter Cannon coined the term homeostasis to describe the state of internal (Physiologic and psychological) balance or organization of function.

Homeostasis may be defined as “The maintenance of the internal conditions of the body at equilibrium, despite changes in the external environment”. For example, the core temperature of the human body remains at about 37°C despite fluctuations in the surrounding temperature. Similarly, the blood glucose level remains normal despite a carbohydrate-rich diet. Stable internal conditions are important for the efficient functioning of enzymes.