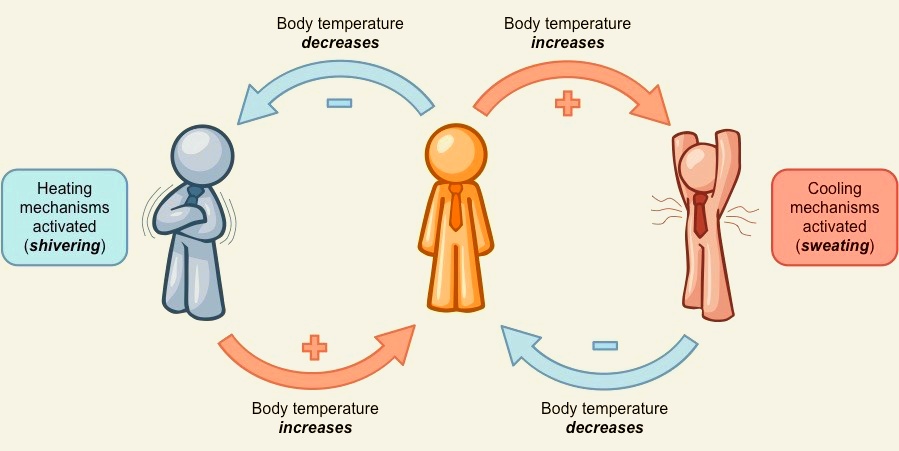 cell injury : cell injury is define as the alteration is in the cellular funtion due to the variety of stress over the cell which is due to change in the external and internal environment of the cell.

Introduction to homeostasis: It is the state of steady internal physical and chemical condition maintained by living system.This dynamic state of equilibrium is the conditions of optimal funtioning for the organism and includes many variables such as body tempreture and fluid.

Negative feedback Loop: nearly all physiologic adaptative responses are negative feedback loops. These processes to restore homeostasis by including changes in the opposite direction of a force perturbing the system. Example; Homeostasis are temperature control is vital to the maintenance of homeostasis with in the body. It is sensed by thermoregulators in both the skin and hypothalamus. The internal temperature is sensed by the hypothalamus and external temperature is sensed by the skin. When the external temperature outside is too cold, message are sent from the many thermoreceptors located with in the skin, to the cerebellum leading to the hypothalamus. The role of cerebellum is to make the individual aware of feeling cold which may cause voluntary behavioral changes such as putting on more layer of clothing or coat.

Thermoregulation : If the body temperature changes, mechanism are induced to restore normal levels.

Osmoregulation : ADH is secreted to retain water when dehydrated and it’s release is inhibited when the body is hydrated.

Sex Hormones: The synthesis and release of sex hormones is regulated by negative feedback mechanism.

Lactation: The child feeding stimulates milk production which causes further feeding. Producing of milk from mother is by release of oxytocin.