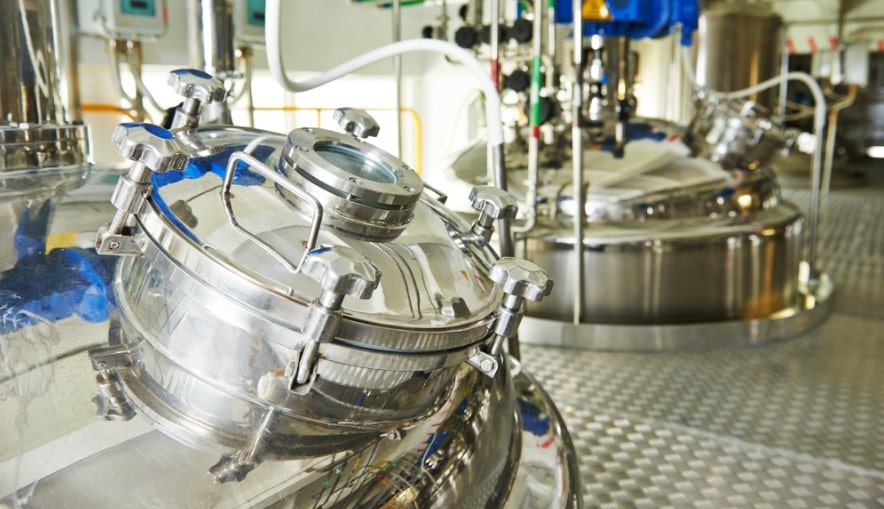 In general, mixing involves one or more of the following mechanisms:

Convective Mixing: Convective mixing is the process of transferring groups of particles in bulk from one part of a powder bed to another. It is also known as micro-mixing and is regarded as analogous to bulk transport. Depending on the type of mixer employed, convective mixing may occur by an inversion of the powder bed, by means of blades and paddles, by means of a revolving screw, or by any other method of moving a relatively large mass of material from one part of the powder bed to another.

Shear Mixing: During this process, shear forces are created within the mass of material by using an agitator arm or a blast of air. As a result of forces within the particulate mass slip and planes are set up. Depending on the flow characteristics of the powder, these can occur singly or in such a way as to give rise to laminar flow. When shear occurs between regions of different compositions and parallel to their interface, it reduces the scale of segregation by thinning the dissimilar layers. The shear that occurs in a direction normal to the interface of such layers is effective as it also reduces the scale of segregation.

Diffusive mixing: Diffusive mixing is also known as micromixing. In diffusive mixing, the materials are tilted to ensure that the upper layer slips and diffusion of individual particles take place at the newly developed surfaces. This occurs when the random motion of particles within a powder bed causes them to change position relative to one another. Such an exchange of positions by single particles results in a reduction of the intensity of segregation. Diffusive mixing occurs at the interfaces of dissimilar regions that undergo shearing and therefore it results from shear mixing. It may also be produced by any form of agitation that results in inter-particulate motion.

In solid mixing, two different dimensions in the mixing process are convective mixing and intensive mixing. In convective mixing material in the mixer is transported from one location to another. This leads to a less ordered state inside the mixer. The mixing components are distributed over the other components. With time the mixture becomes more random and after a certain time, the ultimate random state is reached. This type of mixing is observed for free-flowing and coarse solid materials. Physical properties of the material that affect solid mixing are density, particle size, and its distribution, wettability, stickiness, and particle shape or roughness. Usually, these factors contribute to the demixing of macromixed solids. If solids are in fine form with cohesive nature or if it is wet convective mixing is not enough to obtain a random state. The relatively strong inter-particle forces form lumps. The decrease in size of the lump requires more intensive energy which is provided either as impact force or shear force.

The liquid mixing occurs in two stages; first, localized mixing which applies sufficient shear to the particles of the fluid, and second, a general movement sufficient to take all parts of the material through the shearing zone and to ensure a uniform final product.

There are four essential mechanisms involved in liquid mixing as follows:

A = Area across which diffusion is occurring

There is decrease in concentration gradient with time which approaches zero at completion.

Liquid mixing is a process that can either be carried out batch to batch or can be a continuous one. Impellers, air jets, fluid jets and baffle mixers are the major types of mixing equipment used for batch mixing. Impellers operate using a combination of radial, axial and tangential flow. These might be classified into two further types, propellers and turbines, the former being used for low viscosity liquids while the latter for high viscosity liquids.

The mechanisms involved in mixing semi-solids depend on the properties of the material which generally may show considerable variations. Many semi-solids form neutral mixtures having no tendency to segregate although sedimentation may occur. The three most commonly used semi-solid mixers are:

(i) Sigma blade mixer: This mixer has two blades that operate in a mixing vessel that has a double trough shape. These blades move at different speeds towards each other. It can be used for products like granulation of wet masses and ointments.
(ii) Triple-roller mill: The triple roller has differential speed and narrow clearance between the rollers which develops a high shear over small volumes of semi-solid material. This type of mill is generally used to grind semisolids to achieve complete homogeneity in the material, for example, ointments.